We went to Tim’s parents’ house for Easter this year.  The boys always have a blast up there.  My in-laws live up north and have lots of land for them to go exploring.  They get to ride tractors, lawnmowers, and go on wagon rides.  They were outside playing for hours.  Here are a few pictures from our weekend.

Carter giving Cooper a ride in the wagon. It was HARD work, that boy weighs a ton! 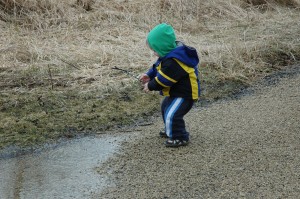 Cooper playing in the water with a stick. Apparently it's a lot of fun when you're two years old. 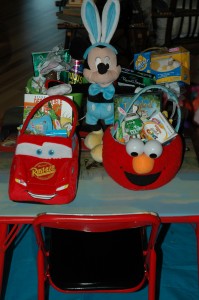 The boys each got two Easter Baskets and had an Easter Egg Hunt. Cooper is in LOVE with his new Mickey! 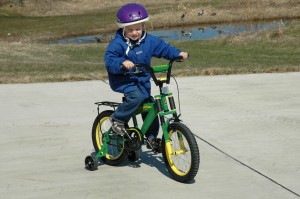 Carter with his early birthday present from Grams and Grand Dad. Now he has two John Deere bikes. 🙂 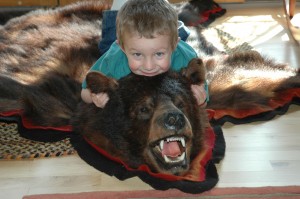 Carter wanted to bring Grand Dad's new rug for show and tell, but he'll have to settle on bringing a picture instead.