Carter came home on Thursday with my Mother’s Day presents in his backpack.  Since were going to be gone this weekend, he told me I could open my “Valentine” presents right away.  (I had to correct him several times that they were for Mother’s Day!) 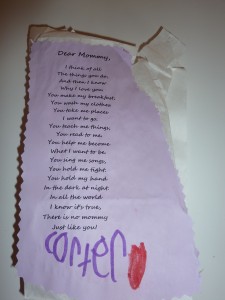 The gift bag that Carter made. My three Mother's Day presents were inside. 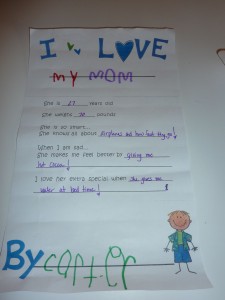 Have I mentioned lately that Carter is my FAVORITE son?!? He thinks I'm 27 years old, and did you see how much I weigh??? 🙂 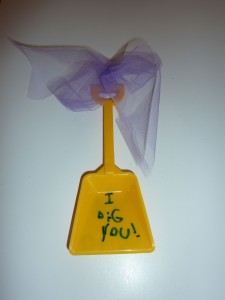 Carter explained to me that "I dig you" means you are AWESOME, not that he wants to dig me up with a shovel. 🙂 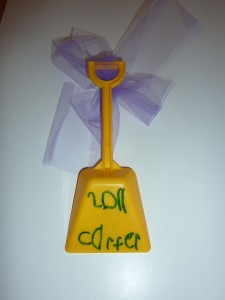 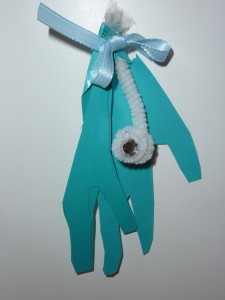 The corsage that Carter made me for Mother's Day. It's a handprint, although he cut his in half by mistake. I still love it, although it does kinda freak me out a bit. 🙂

Later in the day we were running errands and stopped at Target.  I needed to pick up a three drawer bin, and I told Carter that it was my Mother’s Day present from Cooper.  He then informed me that Kid’s Day was right after Mother’s Day and that he should be able to pick out a present at Target too.

Carter was informed that EVERY DAY is Kid’s Day and that he was NOT getting a present from Target.

This entry was posted in Carter aka Buddy Alligator, Mother's Day. Bookmark the permalink.